Les Miles surprised by family with trip to NBA Finals 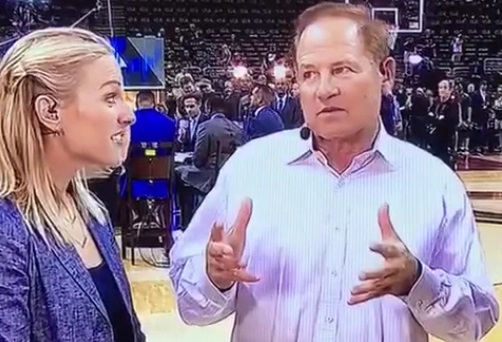 None other than LSU coach Les Miles made a surprising appearance on TV for Game 6 of the NBA Finals in Cleveland on Thursday.

Miles said his family surprised him with a trip to the game to watch the Cavs and Warriors.

Les Miles in Cleveland: "I was directed by my kids, pack your bags and let's go… I'm so fired up to be here." #LSU pic.twitter.com/oBKSMvg8hG

ESPN even put Miles on their pregame show, but the coach was not the most eloquent: