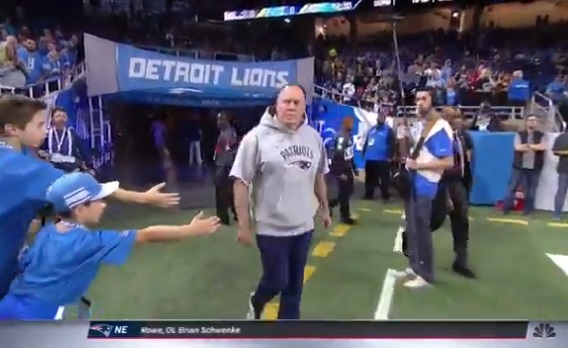 Bill Belichick has never had a reputation for being a friendly guy, but his treatment of a couple of young Detroit Lions fans before Sunday night’s game took things a bit too far.

As Belichick was walking onto the field at Ford Field before the New England Patriots’ game against the Lions, the Pats head coach snubbed two Lions fans who had their hands out for a high-five:

Belichick has absolutely no time for children pic.twitter.com/P99XM91EF3

There’s no way you can tell me he didn’t see them either. He did, he just chose to ignore them.

If that’s what he needs to do to maintain his edge on game day, so be it. But that’s not going to stop us from calling out his jerk behavior.