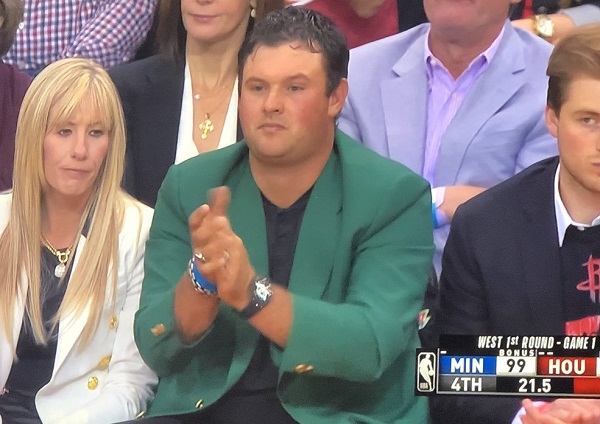 Patrick Reed wants to make certain that you know he won the Masters.

Since winning the Masters last weekend to capture his first career major, Reed has been wearing his green jacket everywhere. He’s worn it to a New York Knicks game, to a Chick-fil-A drive through, to a Houston Astros game, and on Sunday night, he wore it to a Houston Rockets playoff game.

we get it already pic.twitter.com/ACasiTcDrA

Here are all of them:

Patrick Reed has now worn his Masters green jacket at a Knicks game, an Astros game, a Rockets game and at a Chick fil-A Drive Thru. pic.twitter.com/gfU2TKNCRB

Winning the Masters was the greatest athletic achievement of Reed’s life, so of course he’s proud of it. But the bravado is getting old for some who prefer to see their star athletes be more humble. Then again, that kind of confidence is part of what makes Reed so successful on the course, so he’s probably ignoring the haters. After his wife was scrutinized for her Masters outfit, it’s fitting that Reed is now being questioned about his clothes.