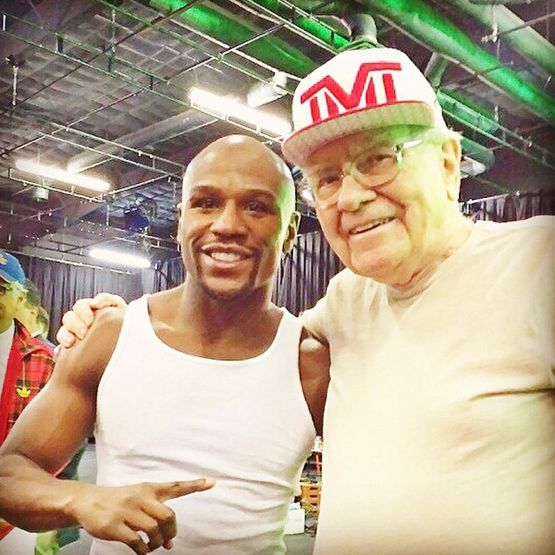 Floyd Mayweather Jr. and Warren Buffett probably don’t have a lot in common, but we know they can certainly relate to one another when it comes to wealth. On Tuesday night, the two incredibly rich men got together to discuss finances.

“I had a great meeting with the $66.9 billion dollar man, Mr. Warren Buffett,” Mayweather wrote on Instagram. “We talked about how we could turn a $100 million of my assets to $1 billion. Mr. Warren Buffett is the original founder of The Money Team, he’s just one of my billionaire buddies.”

Buffett, 83, is the most successful investor in the world. We spend so much time talking about how ridiculously wealthy Mayweather is that we forget there are people out there who dwarf his net worth. Floyd’s estimated net worth of about $300 million is roughly 1/200th of Buffett’s $60 billion-plus.

Mayweather is right. Buffett is the original founder of The Money Team, even if he doesn’t own one of these.