Gregg Popovich has been heavily criticized for some of Team USA’s shortcomings since he took over as head coach, which is one of the reasons capturing a gold medal at the Tokyo Olympics meant so much to him. Popovich made that clear while addressing the team after they defeated France.

Popovich delivered a fiery speech to Team USA after they won the gold medal. He spoke about how everyone criticized the team and appeared to tear up at one point. He ended with a line that whipped his players into a frenzy.

“I’d just like to say to all those people out there: How the f— you like us now?'” Popovich said.

We saw Kevin Durant and Draymond Green rip their critics in an Instagram live video immediately after winning the gold. Green later trolled Kendrick Perkins and other analysts who doubted him and his teammates. That mentality was clearly shared by Popovich and everyone else in the locker room. Perhaps it helped motivate the Americans to turn things around. Johnny Weir is known for his bold fashion efforts. It should be no surprise that he went extra bold for the Closing Ceremony of the 2020 Summer Olympics in Tokyo.

Not only was Weir’s hair super high so that it stood out, but he also had Olympic rings on the side.

Okay I actually tuned into the closing ceremonies for a hot minute & I’m glad I did, because seeing Johnny Weir always makes me happy pic.twitter.com/qoQVGWR5r4

How do you beat that? If there were a gold medal for best hair at the Olympics, Weir would be the favorite. His Olympic hair was even better than his Kentucky Derby hair. Lolo Jones gained fame during the Summer Olympics because of her success as a hurdler. Now, she’s trying to stay relevant as she ages.

Jones turned 39 on Thursday. To celebrate her final year in her thirties, Jones dropped a “thirst trap” on Instagram. These are photos designed to make viewers lust after her.

Jones kept it lighthearted, joking that the photos were to fight off her midlife crisis. She also joked that next she’d be wearing mom jeans and driving a minivan.

Lolo always has maintained a good sense of humor especially when it comes to sex topics, and did not disappoint.

In addition to being a world-champion hurdler, Jones went into bobsledding later in her career. She participated in three Olympiads, two in the Summer Games and one in the Winter Games, though she never medaled. 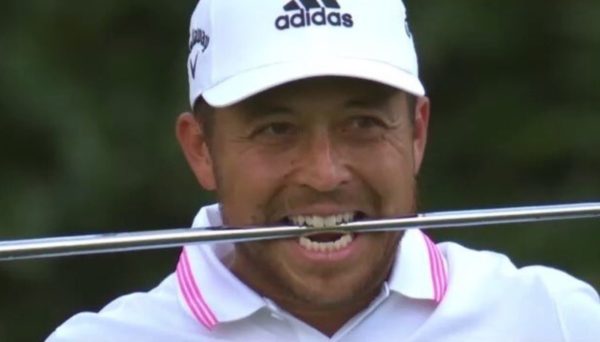 The US women’s indoor volleyball team won the gold medal at the 2020 Summer Olympics in Tokyo with a 3-0 victory over Brazil in the finals on Saturday. Few people were happier about the win than Karch Kiraly.

Kiraly won three gold medals as a volleyball player. At Tokyo, he led the US women’s team to its first ever gold medal.

He said after their semifinals victory that he wanted them to experience the feeling of standing atop the podium after winning a gold medal.

I want this program to experience standing at the top of the podium. I have no other words."

They came through against Brazil, and Kiraly was unbelievably emotional.

"Not only are they badasses, but they are now GOLD MEDALISTS!"

That was beautiful. The women’s team was not the sharpest in the prelims, but then they rallied and dominated in the knockout stage, not dropping a set.

Kiraly has now been a key part of four gold medal wins in volleyball at the Olympics.

Gable Steveson has great tweet about his amazing comeback victory Gable Steveson pulled off an incredible comeback victory in his gold medal wrestling match on Friday at the 2020 Summer Olympics in Tokyo. He captured the sentiment perfectly via Twitter the following day.

Steveson was trailing Geno Petriashvili in their 125kg gold medal match 8-5 with 10 seconds left. Petriashvili was in defense mode, trying to tick off the remaining seconds. But Steveson kept working and was able to score two takedowns to come back and take a 9-8 lead. He won 10-8, gaining the final point on a challenge lost by the Georgian.

So what did Steveson have to say about it a day later?

Moral of the story: NEVER GIVE UP!!!

He’s exactly right. That’s why you play to the final bell.

Now Steveson has some choices to make about his future. He can return to college, but he also has a likely future ahead in professional wrestling if he goes down that road. He definitely has one thing down: he is a showman.

Sydney McLaughlin wants you to know it is her birthday Sydney McLaughlin had a pretty special day on Saturday.

Not only was she part of the US’ winning 4x400m relay team at the Summer Olympics in Tokyo, but she also celebrated her 22nd birthday. She reminded viewers of that in a cute video clip after the race:

McLaughlin has a long way to go to catch Allyson Felix for the record of 11 track and field medals by a US Olympian, but two golds is a great start. Team USA won the gold medals in both the men’s and women’s 4x400m relays at the 2020 Summer Olympics in Tokyo. The margin of victory for the women was absolutely astounding.

The women dusted the field in their race and won by nearly four seconds. They posted a combined time of 3:16.85, while Poland’s time of 3:20.53 was good enough for silver.

Check out how far behind the pack was as Athing Mu crossed the finish line:

Mu had the fastest split on the team at 48.32 seconds. She also won gold in the 800m. Dalilah Muhammad, Allyson Felix and Sydney McLaughlin were the other runners on the team.

The gold medal from the relay gave Felix a total of 11 Olympic medals, more than any other US track and field athlete.

Draymond Green definitely had all of the receipts saved.

After Team USA Basketball won the gold medal in Tokyo this week, Green took an opportunity to troll all of the analysts who had overreacted to their string of losses in exhibition play last month.

Green targeted ESPN’s Kendrick Perkins, FOX Sports’ Colin Cowherd, and several others in a series of tweets. Here were some of the best ones.

Green even exposed France’s Timothe Luwawu-Cabarrot for saying that they would defeat the United States in the gold medal game.

The victory marks Green’s second Olympic gold medal to go along with three NBA titles. That puts him in an elite class that is only occupied by players like LeBron James, Kobe Bryant, and Michael Jordan.

The Tokyo triumph has to feel particularly sweet for Green. He already got some more trolling in on Instagram immediately after the win.

Most NBA players err on the side of caution when it comes to being less than 100 percent healthy and taking part in international competition, but Damian Lillard apparently was not concerned about that at the Tokyo Olympics.

Lillard played through an abdominal injury en route to helping Team USA win a gold medal, according to Shams Charania of The Athletic. The injury will require further testing to determine the severity when Lillard returns home.

Lillard started and played 27 minutes in Team USA’s win over France on Saturday. He scored 11 points. The Portland Trail Blazers star had just five points in 17 minutes in the US’ semifinal win over Australia.

It would stand to reason that the injury is not that significant, as Lillard and Team USA probably would not have taken that big of a risk. However, it does speak to Lillard’s level of commitment in helping the team overcome their early struggles to win a gold medal.

Team USA’s fourth consecutive gold medal clearly meant a great deal to the players. That became clear with the way Kevin Durant and Draymond Green called out their critics after Saturday’s game (video here). Lillard was probably motivated to help his teammates silence the naysayers, even if he was a bit banged up while doing so.