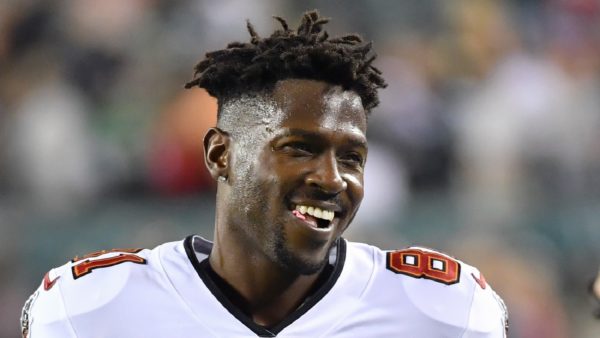 Antonio Brown is taking aim at Tom Brady again, this time over the quarterback’s leave of absence from the Tampa Bay Buccaneers.

Brady will be away from the Bucs until at least next week after he left the team for personal reasons. Head coach Todd Bowles said the hiatus was previously agreed upon, but Brown seems to believe it is more evidence of the double standard that exists for certain NFL players. Brown took to Twitter on Wednesday to criticize Brady.

“Tom brady manipulate the game gets 14 days go home get his mind rt [sic] lol. Now u [sic] see the difference. Put that s— on,” Brown wrote (edited by LBS for profanity).

Brown then followed up with a tweet that said “still no justice for the Real.” He also made what appeared to be some sort of threat toward Brady’s longtime trainer, Alex Guerrero.

Alex Guerra You think i won't have u smacked at TB12 boy stop playing with me ! Boy getting paid by bucks n taking players money too

Brown accused Guerrero earlier this year of stiffing him out of a large sum of money.

It is hardly a surprise that Brown would publicly call out Brady, even if he has expressed admiration for the seven-time Super Bowl champion in the past. After Brown stripped off his uniform mid-game and left the Bucs last season, he publicly accused Brady of using him.

Brown is right that people would view him leaving training camp a lot differently than the way they view Brady doing it. Of course, Brady is arguably the greatest player of all time and has no history of being a bad teammate. The same certainly cannot be said for Brown.