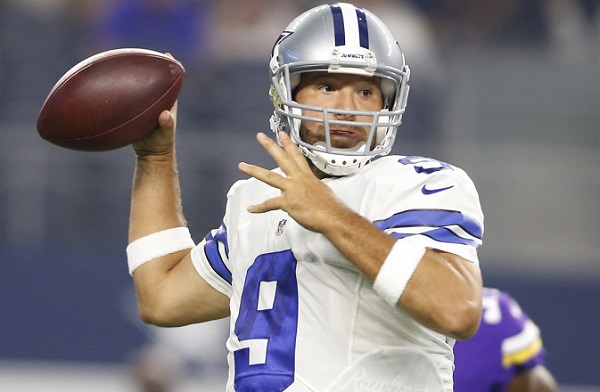 Tony Romo may be hanging up his cleats, but the city of Dallas isn’t letting him leave without a proper send-off.

ESPN’s Marc Stein reports Saturday that the Dallas Mavericks plan to honor the longtime Dallas Cowboys quarterback during their home finale against the Denver Nuggets on Tuesday by making him a “Maverick for a day.” The Mavs plan to have Romo on the bench and in uniform for the game and will treat him like a legitimate player on the roster, though he won’t actually play.

After much speculation about his future, Romo announced earlier this week that he was joining CBS as a broadcaster after 14 years with the Cowboys.

Stein adds that Mavs owner Mark Cuban had been saying recently that the team was looking to add “a pass-first point guard.” He also notes that the move would not have been considered if the Mavs were still in the playoff hunt. Romo himself has been leaving the door open for the possibility of an eventual return, so it looks like we won’t have to wait very long to see him back in uniform for Dallas after all (albeit as a Maverick).