Final Four: Examining the X-Factor for each team 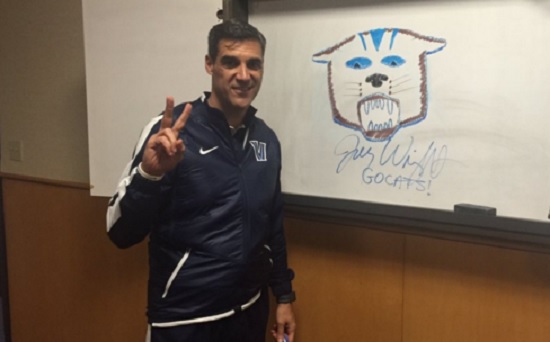 The Final Four is packed with two Hall of Fame coaches, multiple likely first-round draft picks in the upcoming NBA Draft, and a controversial venue expected to stymie perimeter shooting. The major storylines surrounding college basketball’s biggest stage have been established, but each team has an X-Factor that will go a long way in determining who cuts down the nets on Monday night.

With Villanova facing Oklahoma and Syracuse playing North Carolina, let’s take a look at exactly who those X-Factors will be in the Final Four.

Despite the loss of his beloved grandmother, Lattin will play in the Final Four on Saturday. Lattin’s grandmother passed away on Wednesday night due to complications stemming from her lung cancer. Lattin has stated publicly that he will play in the game. He will take on a vital role of guarding Villanova’s Daniel Ochefu. Shutting down Ochefu is the key to defeating the Wildcats.

In four of Nova’s five losses this season, Ochefu was held to single digits. Oklahoma limited Ochefu to eight points during the Sooners’ 78-55 victory over Villanova back in early December. Lattin and Ryan Spangler will defend Ochefu in the post. The OU frontcourt tandem is fresh off an impressive defensive performance in the Elite Eight; Oregon’s starting forward Dillion Brooks was held to nine points under his season average. Lattin will need to use all of his impressive seven-foot-two wingspan to shut down Ochefu’s array of crafty post moves.

Villanova has been great in tight games this season, which can be attributed to both Jay Wright’s coaching and the Wildcats’ dominance at the charity stripe. The Wildcats have been able to weather full-court pressure in the waning minutes of games because when fouled, the Cats shoot a collective 78.4 percent from the line, which makes them the second-best foul shooting team in the country.

Wright’s inbounding plays were on full display down the stretch against Kansas in the Elite Eight, preventing the Jayhawks from even threatening to steal the ball in the final minute. Nova is 4-1 in games decided by five points or fewer and has only lost one game all season when leading at halftime. If it comes down to the wire against Oklahoma, Villanova will be lucky to have the battle-tested Wright drawing up plays.

The ACC Sixth Man of the Year can have a major impact in the Final Four if, and this is a big if, he can stay out of foul trouble. Coming off the bench, Hicks is only averaging 16.75 minutes per game in the tournament, but he’s still racking up four personal fouls per contest. If he can avoid early foul trouble, the six-foot-eight junior will get every opportunity to make a major contribution on the offensive end for the Tar Heels.

The so-called “NRG Effect” had led many analysts to predict that UNC will abandon the three-point shot. UNC already enters the Final Four averaging just 17.1 three-point attempts per game, so an added emphasis on feeding their front court at NRG Stadium won’t be outside the Tar Heels’ comfort zone. Hicks has demonstrated he can take on an expanded role, having scored in double digits 19 times this season. When he has been on the floor in the tournament, Hicks has proven he can finish around the rim, evidenced by his elite shooting percentage (68.4%).

Coleman is the Orange’s tallest player logging significant minutes for Jim Boeheim. He’ll have the unenviable task of bodying up UNC’s Brice Johnson in the paint on Saturday. Johnson is the odds-on favorite to take home Final Four Most Outstanding Player honors, and is averaging 22 points and 10.6 rebounds over his last three games. Johnson’s average against SU was far less impressive this season. He averaged 15 points and nine rebounds against Syracuse in UNC’s two victories over the Orange. If Coleman can stymie Johnson, and force UNC to make perimeter jump shots to defeat Boeheim’s 2-3 zone, then Syracuse has a real chance of continuing their Cinderella run.