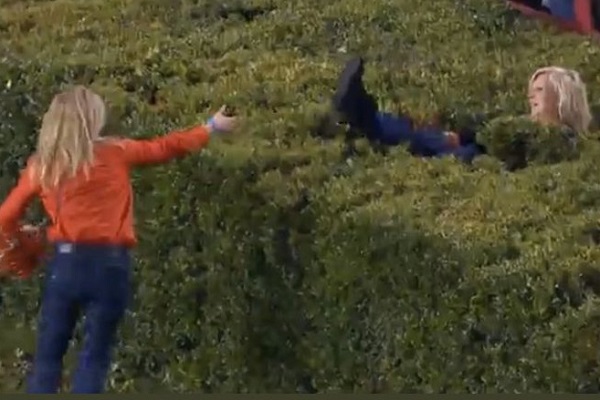 Auburn fans stormed the field following their team’s huge win over Alabama in one of the most thrilling games of the season Saturday, and the Southeastern Conference is once again fining the school over it.

On Monday, the SEC announced that Auburn has been fined $250,000 as a result of fans rushing the field at Jordan-Hare Stadium.

Auburn is fined $250,000 by SEC for fans rushing the field after win against Alabama

If you were watching the celebration, you may have seen one woman hilariously get stuck in the hedges surrounding the field.

The SEC has a strict policy prohibiting fans from coming onto the field or court, and Saturday’s incident was Auburn’s fourth violation. Of course, it is almost impossible — and downright dangerous — for a stadium’s security team to contain thousands of fans who are leaping down onto the field to celebrate, but the SEC makes no exceptions.

We saw LSU fined last year when their fans rushed the field following a win over Georgia, so this has become pretty common after big SEC games. Many disagree with the policy, but some serious issues have arisen in the past when fans storm the field or court. The conference wants to discourage that in any way possible, and huge programs like Auburn will probably gladly pay the fine given what the act represents.