Yasiel Puig got his first hit of the NLCS on Monday, and he did it in typical, controversial and hilarious form.

Puig punished a ball to right field off Adam Wainwright and immediately threw his arms in the air and did a pose because he thought his ball was gone. As soon as he realized the ball might not be going out of the park, he started running towards first. Naturally, the ball bounced off the top of the right field wall in front of the visitors’ bullpen, so Puig started to book it. He ended up with an RBI triple to make it 2-0 Los Angeles Dodgers over the St. Louis Cardinals in Game 3.

“It makes you shake your head a little,” said Don Mattingly after the half inning.

Yes, yes it does.

Man, look at this pose: 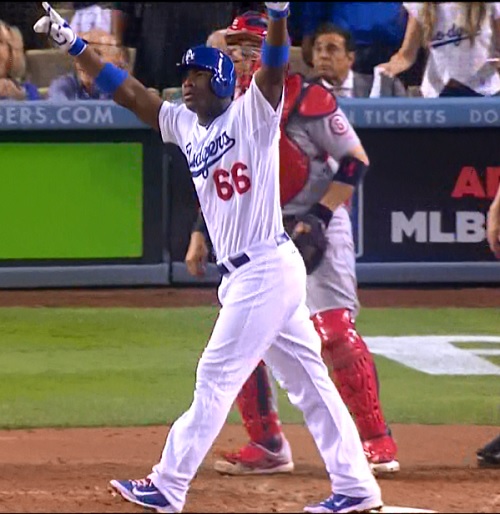 The good news is Puig didn’t let his little miscalculation keep him from being fired up upon arriving at third base:

This is exactly why people love Puig and why they hate him.