LeBron James had inspirational message for Lakers during meeting about Kobe 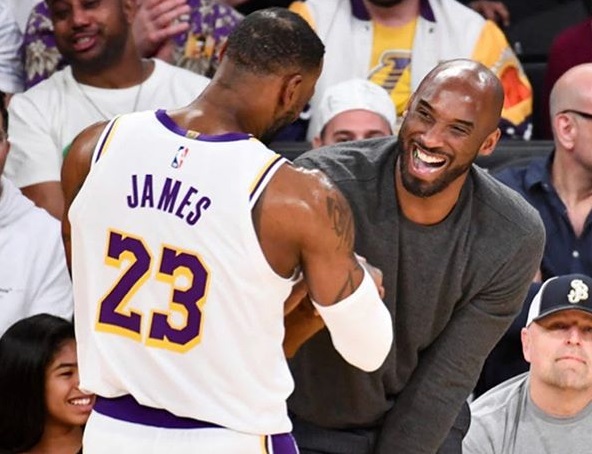 The Los Angeles Lakers are preparing to move forward with their season amid the biggest tragedy in franchise history, and LeBron James has assured his teammates he is ready to bear the burden of losing a brother.

Bill Oram of The Athletic provided a look inside a meeting Lakers executives, coaches and players held on Tuesday, which was two days after Kobe Bryant, Kobe’s 13-year-old daughter Gianna, and seven others died in a helicopter accident. The room sat silent at first before LeBron finally said “I’ll go” and stood up to address the team.

James spoke for more than 10 minutes as basically the entire organization — including Lakers owner Jeannie Buss — listened attentively. LeBron reminisced about the past, talking about the times he squared off against Kobe and the two Olympics he spent with Bryant as teammates. Eventually James addressed how the team would move forward, and Oram was told LeBron delivered a powerful message.

“God gave me wide shoulders for a reason,” LeBron said.

LeBron’s message for the team sounds like it was not unlike the one he shared on social media after Kobe’s death. LeBron said in an Instagram post on Monday that he is “heartbroken” and “devastated” but vowed to carry out Bryant’s legacy. Dozens of NBA players are going to feel like they are “playing for Kobe” this season, but LeBron is the one player who has the most control over bringing another championship to Los Angeles in Kobe’s honor.

The Lakers are undoubtedly going to have ups and downs in the wake of Kobe’s death, but LeBron sounds like he is prepared to do everything he can on the court to help LA heal.