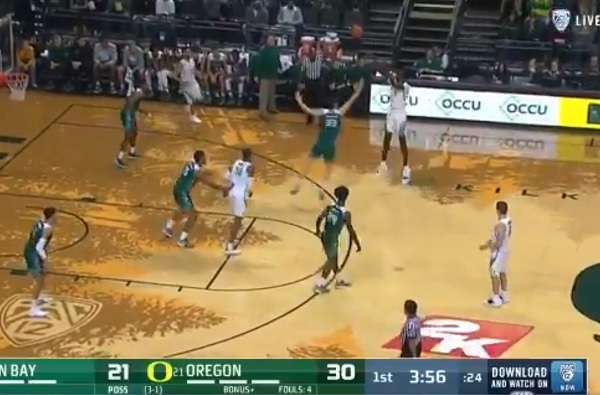 Bol Bol is looking like he wants to be a Kristaps Porzingis type of weapon.

The 7-foot-2 Oregon freshman showed off some ridiculous range during the Ducks’ 83-72 win over Green Bay on Tuesday. Take a look at this 3-pointer he made from long range:

The son of former NBA center Manute Bol will be a highly enticing prospect when the draft comes around.