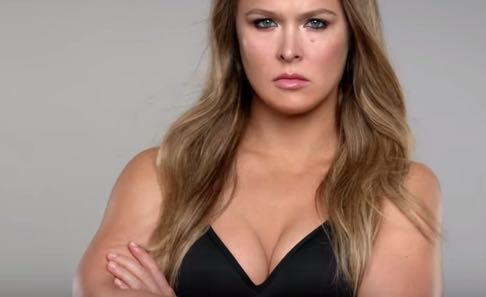 Ronda Rousey may be coming off her first professional defeat, but she is still winning outside the Octagon.

NBC announced Tuesday that Rousey will be hosting the Jan. 23 edition of “Saturday Night Live.”

Excited to kick off 2016 with Adam Driver, @ChrisStapleton, @RondaRousey and @selenagomez! #SNL pic.twitter.com/J346nqL81z

Rousey will host the show with Selena Gomez as the musical act.

Rousey getting the chance to host SNL this month is interesting timing for her. She seemed to be at the peak of her popularity leading up to her fight with Holly Holm, but then she was knocked out with a brutal head kick, leading to many mocking her.

Embarrassed and sad following the defeat, Rousey tried to shield herself from the media when she arrived back in the country from Australia. Now she’s had some time to heal her body and spirit, and she is starting to reemerge.

Rousey attended the Marine Corps Ball, dressed up for the ‘Star Wars’ premiere, and now she is going to be hosting SNL. Nothing gets you back in the public eye like an appearance on a hugely popular TV show. It’s good to see that Rousey is feeling well enough to begin promoting herself again.