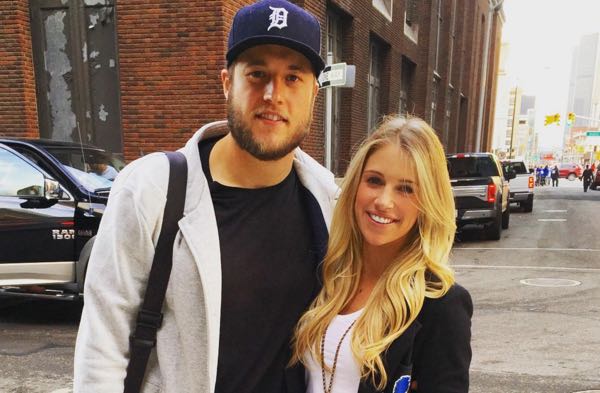 Matthew Stafford has been the subject of trade rumors at various points throughout the offseason, and the speculation ramped up yet again when news surfaced that the quarterback has put his Detroit-area mansion on the market. However, Stafford’s wife insists the move has absolutely nothing to do with Matthew’s playing career.

Not long after TMZ and other outlets reported that Stafford’s home is listed for sale at $6.5 million, Kelly Stafford took to Instagram to squash all the talk of Matthew potentially leaving the Lions. She said the family is moving because they are having a fourth baby soon and no longer want to live in a home that borders a lake and has a massive pool in the backyard.

Kelly Stafford has addressed the house stuff. Everyone can calm down now. Unless there’s a team out there who’s state has no bodies of water and has made pools illegal. pic.twitter.com/PBknEApGfb

The Lions had the No. 3 overall pick in the NFL Draft, and they selected star cornerback Jeff Okudah rather than taking a quarterback. There were rumblings leading up to the draft that Stafford might want out of Detroit, though the team emphatically shot that talk down.

Kelly Stafford has never been afraid to speak up about her husband’s career, and we saw her do that a few months ago when she issued a statement about the trade rumors.

Stafford carries a cap hit of about $27 million for next season and has dealt with a significant back injury over the past two years, but he had 2,499 passing yards, 19 touchdowns and just five interceptions in eight games before the back injury sidelined him last season. The Lions appear to be committed to him at least through 2020.