Ndamukong Suh wants to return to Bucs next season 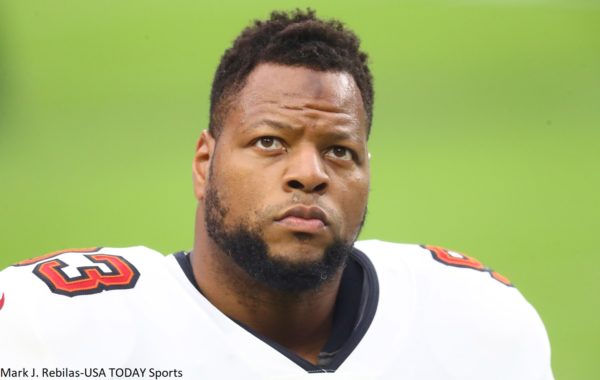 Ndamukong Suh is 34 and has been in the NFL for 11 seasons. Is he ready to hang it up yet? No, and he is hoping he can remain with the Bucs.

“My goal is to come back and have an opportunity to go win another championship,” Suh told Breer. “Me and Tom [Brady] spoke the other day about that opportunity, as well as with Jason Licht. I don’t know if you saw ou celebration on that podium, coach [Bruce Arians] said I’m not going anywhere, and he’s usually a man of his word. So I look forward to the opportunity to continue to play, especially for Tampa. And I honestly believe I have a lot of elite, great talent left in me to play.”

Suh even suggested that he might play as many as five more years. He says his fire to play still exists.

Suh continues to play at a high level despite his age. He had 44 tackles and six sacks in 16 regular season games and continues to be a big factor. Plus, if we’re going by Bruce Arians’ Super Bowl paradespeech, the Bucs have to bring back Suh.