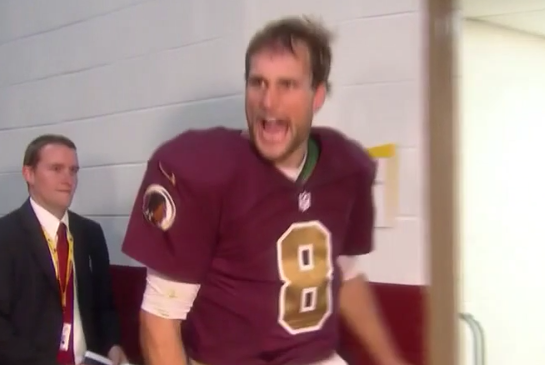 There have been a lot of trade talks surrounding both Tony Romo and Kirk Cousins, while the San Francisco 49ers are looking for a QB. Could all three teams link up for a deal? It sounds like a possibility.

NFL Media’s Ian Rapoport says the Redskins, Cowboys and 49ers could potentially work together on a 3-way trade that would involve Cousins and Romo.

As #Redskins & #49ers discuss a potential deal for QB Kirk Cousins in the near future, I’m told they may include the #Cowboys (Romo) as well

Washington recently placed the exclusive franchise tag on Cousins, who will now make around $24 million in 2017. It’s their second year in a row franchise-tagging him, which means he would be a free agent after the season. The Cowboys meanwhile have Romo as a talented (and expensive) backup to Dak Prescott, and reportedly are set to release him after the new league year begins in March so he can pick his team.

San Francisco has no quarterbacks on their roster after Colin Kaepernick opted out of his contract to become a free agent.

It may be a long shot, but this will be a fun situation to watch. Meanwhile, the market for Romo reportedly is down to these four teams.