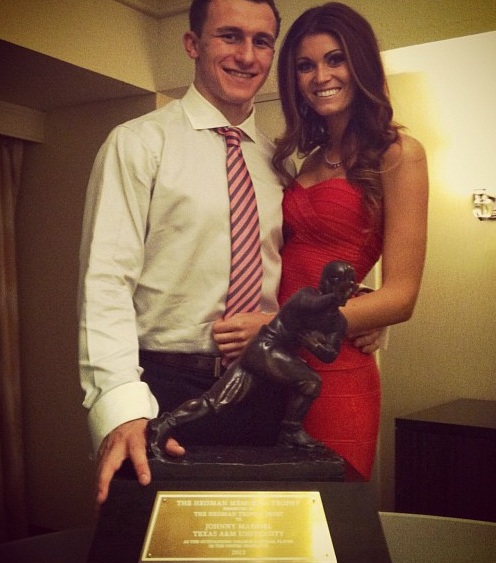 Johnny Manziel is truly having a banner year. The Texas A&M quarterback won one of the most prestigious trophies in sports on Saturday, and he showed off his other trophy the same night.

As Busted Coverage shared with us, Johnny Football is dating a Texas A&M senior named Sarah Savage, who is also a model.

Busted Coverage gained most of its information about Savage from the young lady’s LinkedIn profile. Savage’s profile says she is a senior marketing major at A&M. According to her profile, she maintains a 3.6 GPA at Texas A&M and made the dean’s list this year.

Savage has the looks to match her brain.

Savage’s profile states that she has been modeling since 2007. She says she has done photo shoots, runway shows, television appearances and promotional jobs.

Manziel is a redshirt freshman and just turned 20, so it looks like he managed to snag an older woman. We’re told the two have been dating for a few years and that they met through mutual friends.

Manziel is rightfully getting the attention he deserves after a season that included a 10-2 record, a win over No. 1 Alabama, the SEC record for total yards, and the Heisman Trophy.

Here are a few more photos of the happy couple in New York over the weekend: 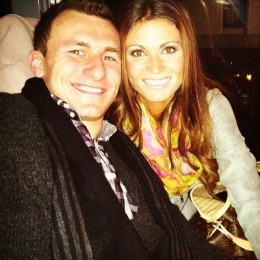