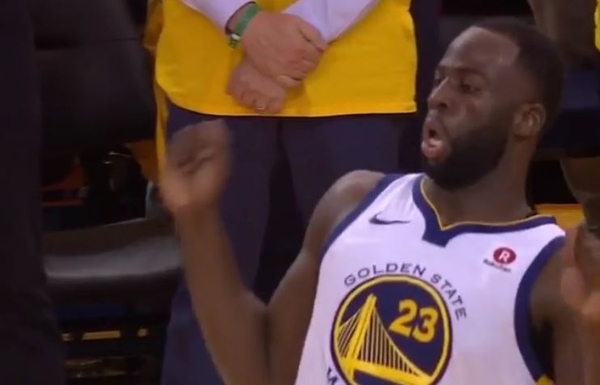 Kevin Durant was openly angry with Draymond Green over the way Green handled the final seconds of regulation in Monday night’s game against the Clippers, and the two players apparently were no calmer after the final buzzer sounded.

Green grabbed a rebound with about five seconds left in regulation and the game tied at 106. Durant clearly wanted the ball so he could make something happen for the final shot, but Green chose to keep it and ended up dribbling himself into trouble. The game went to overtime, where the Warriors lost.

Kevin Durant & Draymond Green get into a heated exchange after Draymond failed to get a shot off at the end of regulation during the Warriors loss to the Clippers. pic.twitter.com/uYROz4bld1

As you can see, Durant appeared to confront Green about the decision as Golden State huddled together before overtime. According to ESPN’s Adrian Wojnarowski and Marc J. Spears, the frustrations spilled over into the locker room in what was described as “one of the most intense” locker room scenes to date for this Warriors regime.

Durant had five fouls at the time Green grabbed the rebound, and he ended up fouling out in OT. He was also trailing behind Green, so it’s possible Green was looking up the court and didn’t want to pass the ball backwards with so little time remaining. Either way, Durant and other Golden State players obviously thought the Warriors could have gotten a much better look with a chance to win the game in regulation.

We’ve seen countless examples in the past of how Green gets under the skin of opponents, and we know he has one of the strongest personalities in the NBA. It’s not a huge surprise the disagreement carried over into the locker room, especially after a tough loss.