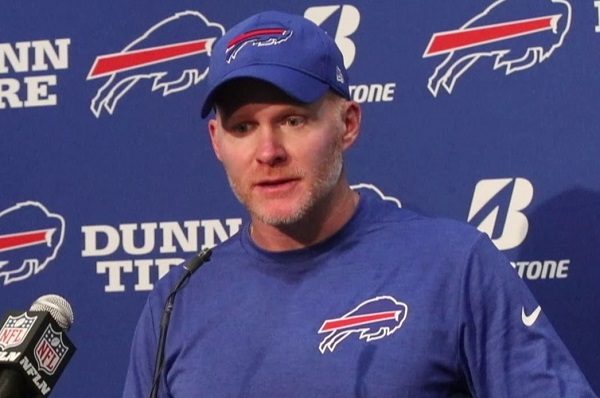 The Buffalo Bills are pleased with the work head coach Sean McDermott has done through his first three seasons with the team, and they are rewarding him with a new contract.

On Wednesday, the Bills announced that they have agreed to a multi-year extension with McDermott.

HC Sean McDermott has signed a multi-year contract extension with the @BuffaloBills. pic.twitter.com/l18rivyx3E

ESPN’s Adam Schefter reports that the deal ties McDermott to Buffalo through 2025.

McDermott has a winning record of 25-23 in three seasons with the Bills. He’s taken the team to the playoffs twice, though he has yet to win a postseason game.

McDermott’s two winning seasons with Buffalo are as many as the team had in 17 years prior to him taking over. Josh Allen has made strides under McDermott, and the Bills could be positioned to take control in the AFC East with Tom Brady now in Tampa Bay. The 46-year-old was deserving of the extension.