We have perhaps our greatest sign that Colin Kaepernick’s career with the San Francisco 49ers is over.

All Kaepernick-related merchandise at the 49ers’ online store is on sale — and that has nothing to do with cyber week specials.

One look at the jerseys available in the store shows that jerseys for players like NaVorro Bowman and Carlos Hyde are at full price, as are the bevy of vintage jerseys such as those for Joe Montana and Jerry Rice. But when it comes to the Kaepernick jerseys, they’re all heavily discounted. 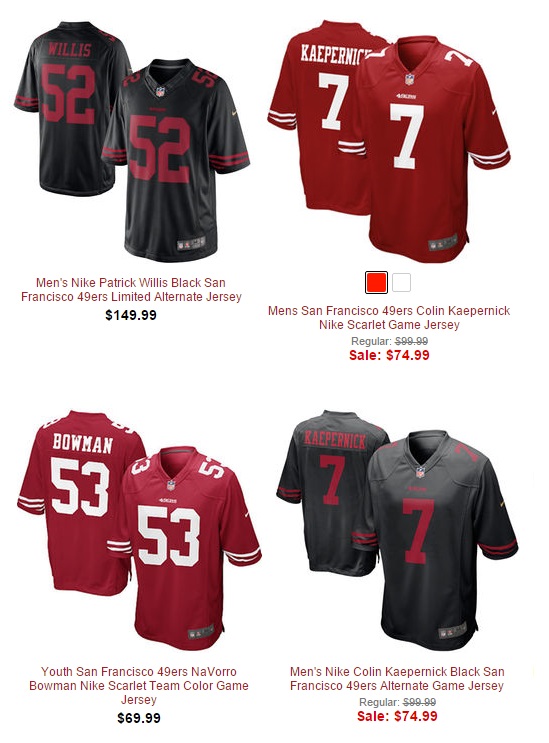 The idea that Kaepernick and the 49ers are heading for a split is not a surprise, but it’s shocking to see that seemingly confirmed through the team’s gestures. You don’t put a franchise quarterback’s merchandise on heavy sale unless you’re planning to clear him off the roster, which is what is being reported.

“I wouldn’t say that at all,” Baalke said Sunday. “People are reading into that. But for me, where we stand right now, I wouldn’t read into that.”

Kaepernick was placed on injured reserve after undergoing shoulder surgery that could keep him out 4-6 months. 49ers players were said to be annoyed with Kaepernick prior to the team benching him in favor of Blaine Gabbert.

Regardless of what Baalke says, it sure seems like the Niners are moving on.