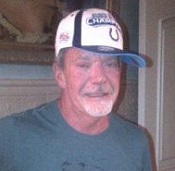 Jim Irsay pleaded guilty on Tuesday to driving while intoxicated, which paved the way for Roger Goodell to finally hand down his punishment of the Indianapolis Colts owner. Irsay has been suspended for the first six games of the 2014 season, fined $500,000 and banned from discussing his team or the NFL on social media.

“I have stated on numerous occasions that owners, management personnel and coaches must be held to a higher standard than players,” Goodell said in a letter to Irsay. “We discussed this during our meeting and you expressed your support for that view, volunteering that owners should be held to the highest standard.”

Goodell also noted that the Colts would not be forced to forfeit a draft pick or face any other type of competitive sanction because Irsay’s conduct “did not have competitive consequences.”

[Related: Jim Irsay had pills, pill bottles and $30K on him at time of arrest]

For a guy who has more money than he knows what to do with, this equates to a slap on the wrist for Irsay. He can’t be around the team until after the Colts face the Houston Texans on Oct. 9, but big deal. He’s an owner, not a coach.

Goodell is really punishing the fans, because Irsay runs one of the most entertaining Twitter accounts in sports. We don’t know the exact terms of his social media ban, but if Irsay can’t tweet ridiculous photos of himself getting jacked up for games then we’re all the real losers here.