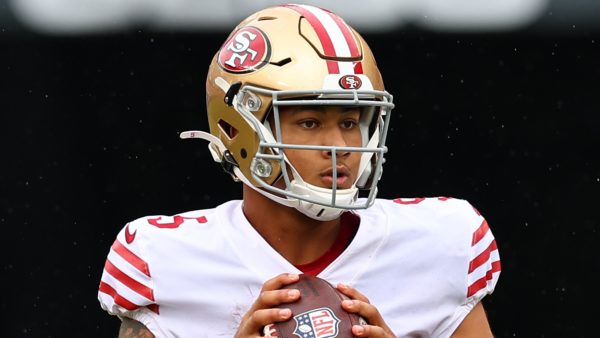 Trey Lance will miss the remainder of the 2022 season after he underwent ankle surgery on Monday. While the injury was significant, it apparently could have been even worse.

Lance suffered a fracture and dislocation of his right ankle. The injury is similar to the one Dak Prescott sustained two years age, but Tom Pelissero of NFL Network was told it is not quite as severe. Unlike Lance, Prescott suffered a compound fracture.

#49ers QB Trey Lance is undergoing surgery this morning for his fractured and dislocated ankle, per source.

One small bit of good news: My understanding is not a compound fracture like Dak Prescott’s. But still a season-ending injury.

That is probably not much consolation for Lance at the moment, but his recovery will be slightly less complicated that Prescott’s. As former NFL team doctor David J. Chao noted, there will be no real risk of infection for Lance since he did not suffer a compound fracture.

Prescott’s ankle injury came in Week 6 of the 2020 season. He was ready for the Dallas Cowboys’ season opener the following year. Lance will have even longer to recover than Prescott had. The Niners said Monday that Lance’s surgery was successful and he should be ready for the start of the 2023 season.

Lance left Sunday’s game against the Seattle Seahawks after two defenders took him down and caused his leg to bend awkwardly underneath him. He was replaced by Jimmy Garoppolo, who will likely be San Francisco’s starter for the remainder of the season.