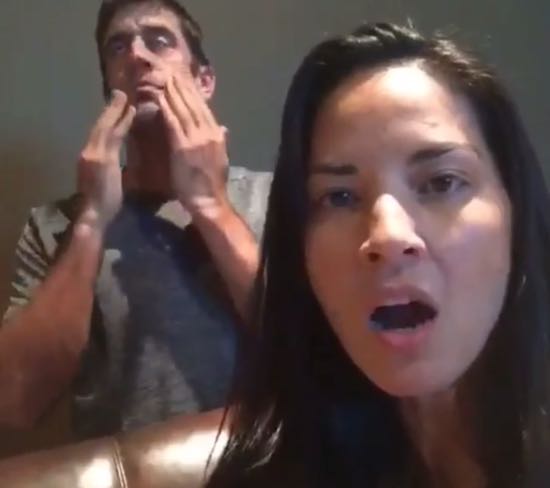 Olivia Munn was often publicly blamed for coming between Aaron Rodgers and the Green Bay Packers quarterback’s family, but Munn says that wasn’t entirely the case.

Munn, who broke up with Rodgers a year ago, says Rodgers was experiencing family problems even before the two met. The actress discussed Rodgers’ family issues during an appearance on “Andy Cohen Live” on Wednesday.

Munn says she encouraged Rodgers to reach out to his parents to try and repair the relationship. She says the parents started coming out to Wisconsin in 2014, but things went badly from there.

Munn also has a theory for the issues between Rodgers and his family. She thinks that some of the issues stem from members of the family not being able to handle Rodgers’ fame and success as an athlete because they had dreams of playing professional sports.

“There’s a lot of complications. I don’t think either side of the road is clean. It’s not OK when you try to stand on someone’s shoulders and try to throw dirt in their face, which is what I think they did with him,” she said.

Rodgers is now dating former race car driver Danica Patrick. Munn says the two don’t really keep in touch. At the time they broke up, one report said that family drama was the reason for the breakup. A story two years ago also suggested that Rodgers’ family did not like Munn.