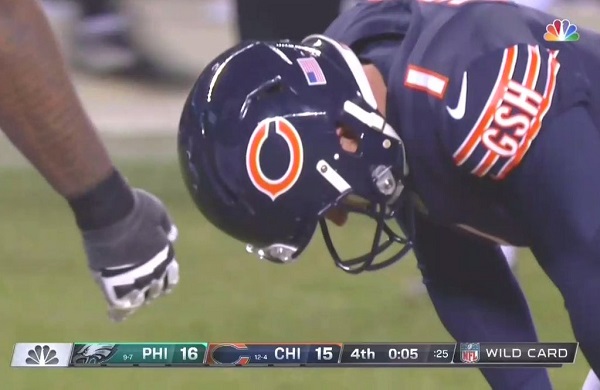 Cody Parkey missed what would have been a game-winning field goal for the Chicago Bears in their 16-15 NFC Wild Card game loss on Sunday night, leading to plenty of Twitter reactions.

Parkey made his first attempt but he was iced by Doug Pederson, who called timeout. On his second kick, Parkey’s attempt hit the upright and then the crossbar before falling back into the field of play with a miss.

Parkey hitting both the upright and crossbar was a fitting way to go out. Back in Week 10, he hit all three bars while missing four kicks against the Lions. He also missed a kick off the upright in Week 17.

The Bears ended up losing 16-15, leaving Philly to advance to face No. 1 seed New Orleans and the Cowboys to face the Rams in the next round.

The Houston Texans have maintained that they are not going to trade Deshaun Watson, but the star quarterback’s feelings about his situation remain unchanged.
Watson met with new Texans head coach David Culley last week, ESPN’s