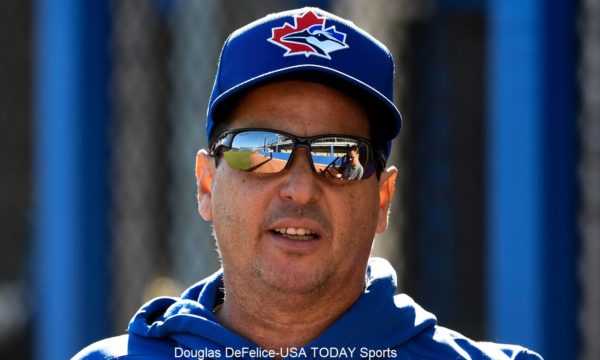 Things haven’t been going great for the Toronto Blue Jays lately, and manager Charlie Montoyo seems to have an amusing way of acknowledging it.

Ahead of Friday’s game against the Baltimore Orioles, Montoyo was seen on the field in a t-shirt offering repeated assurances that everything is just fine.

The fashion statement is obviously a bit tongue-in-cheek, but it certainly applies to the Blue Jays’ situation right now. It also fits with what Montoya said on Thursday, when he said the team was having fun and keeping their heads up despite their recent struggles.

Asked Charlie Montoyo how #BlueJays are handling these losses:

"We're having fun, we're working hard. You're the only one who's seen us, but that's what people need to know… We're working hard, taking ground balls, trying to get better every day and people are in a good mood."

Toronto fell to 33-35 after a 7-1 loss to Baltimore on Friday. Despite an exciting young offense, the Jays have lost five in a row and 10 of 14. They’re now nine games back in the AL East and 7.5 out of the second AL wild card spot, and they can’t afford to fall much further behind in either if they want to make a run at the playoffs.

No matter what Montoyo says, there’s some evidence that some frustrations are boiling over for some Toronto players.