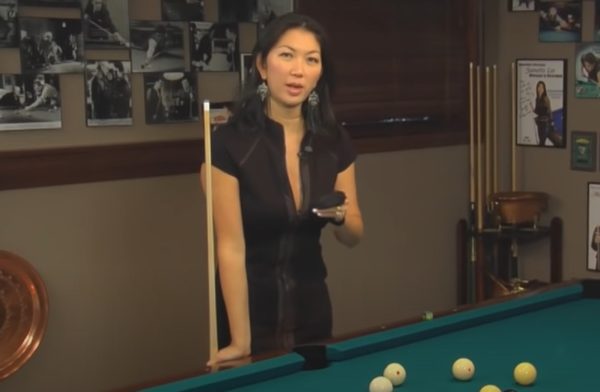 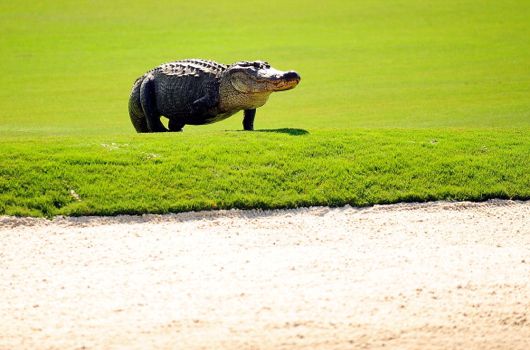 NBC2 Fort Meyers morning reporter Nicolette Perdomo shared a video on Twitter of the massive beast, which led to thousands of views and retweets. The gator was seen walking through Valencia Golf and Country Club in Naples, Fla on Wednesday. Tyler Stolting, a golf pro at the club, recorded the video.

HOLY GATOR: take a look at this massive gator walking through Valencia Golf Course in Naples. He looks like he belongs in Jurassic park!

Stolting told NBC that the gator looks even more massive in person.

“I don’t even think the video does it justice, really. In person, it looked gigantic. It looked like a Jurassic Park creature,” Stolting said.

Pretty sure he’s a famous gator now. Al is 10 feet long and taking a stroll in Naples! pic.twitter.com/doCN1UBhHA

Alligators being seen around Florida and specifically on golf courses is nothing new. A few years ago, there was a massive gator walking around a course in Palmetto, Fla. One alligator was even found in a minor league baseball dugout in Daytona.

There is no doubt about it: this alligator is massive and terrifying looking. Kim Kardashian inadvertently set off a funny trend on Twitter Tuesday with a post showing off her wealth and good fortune.

Kardashian boasted about how she was able to celebrate her 40th birthday with a trip to a private island. Here was the Twitter post:

After 2 weeks of multiple health screens and asking everyone to quarantine, I surprised my closest inner circle with a trip to a private island where we could pretend things were normal just for a brief moment in time. pic.twitter.com/cIFP7Nv5bV

The post did not go over well for many reasons. Most notably, boasting about how great things are going for you while so many people in the world are struggling leads to resentment.

Many people mocked the post by using it as a template in which they included a funny photo.

ESPN announcer Dave Pasch had the best photo of all. He shared a picture of his broadcasting partner, Bill Walton, dressed up with a grass skirt.

After 2 weeks of multiple health screens and asking everyone to quarantine, I surprised my closest inner circle with a trip to a private island where we could pretend things were normal just for a brief moment in time. pic.twitter.com/aKAyW3zzc8

That was a winner.

PFT Commenter nailed it too with an old photo of NFL coaches.

After 2 weeks of multiple health screens and asking everyone to quarantine, I suprised my closest inner circle with a trip to a private island where we could pretend things were normal just for a brief moment in time. pic.twitter.com/x8VGUaSrIx

After 2 weeks of multiple health screens and asking everyone to quarantine, I surprised my closest inner circle with a trip to a private island where we could pretend things were normal just for a brief moment in time. pic.twitter.com/27WFsdkaVx

Well played by all, especially Pasch.