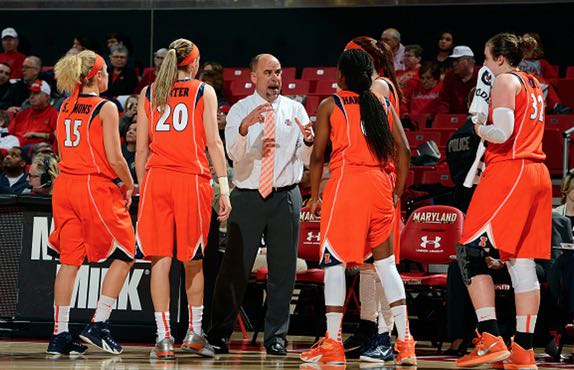 Less than two weeks after a former Illinois football player accused head coach Tim Beckman and the Illini staff of mistreatment and negligence while handling his injuries, the university’s women’s basketball program is facing similar allegations.

The letters, which were outlined in an article from Shannon Ryan of the Chicago Tribune, detail instances where Divilbiss and head coach Matt Bollant allegedly forced players to play through significant injuries. Taylor claims she was forced to practice through a high ankle sprain while Gleason says she had to play on a broken toe that was later diagnosed as a broken foot. Grant accused the coaches of making her play with an enlarged spleen while she was ill with mononucleosis.

The letters also say Divilbiss and Bollant created “racial tension” among the players. African-American players, most of whom were recruited by former Illini coach Jolette Laws, were allegedly labeled “crabs” and at one point told they might have a separate practice for black players. There was also one allegation of “sexual inappropriateness” against Divilbiss.

Tuck graduated this month while Grant has transferred to DePaul and Gleason is transferring to Oakland University.

LaKeisha Coleman, the mother of sophomore Amarah Coleman, made separate allegations to The Daily Illini. LaKeisha echoed Tuck’s mother’s assertion that reserve players were referred to as “The Dog Pound” and were forced to go to additional practices. She also added more context to the accusations of racism.

“(Coaches) joked about, ‘Oh well, we are playing an all-black team now, they think they are going to run over us, but we are going to put the girls from the West side out on them,” Coleman explained. “As coaches you are their protection, and they should not be subjected involved in anything like that.”

Illinois has confirmed that it received the letters and “takes such allegations very seriously” but cannot comment further due to “privacy and regulatory” laws.

The stuff that former Illinois football player Simon Cvijanovic brought to light earlier this month was very disturbing, but the accusations against the women’s basketball team may be even worse.