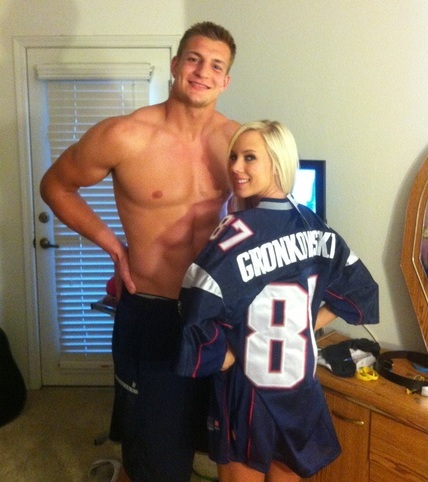 Rob Gronkowski already leads all NFL tight ends in touchdown catches this season. Might he lead the league in another category?

UPDATE: Did the two have sex? Bibi Jones answers the queston.

Thanks to Jimmy Traina for the heads up.