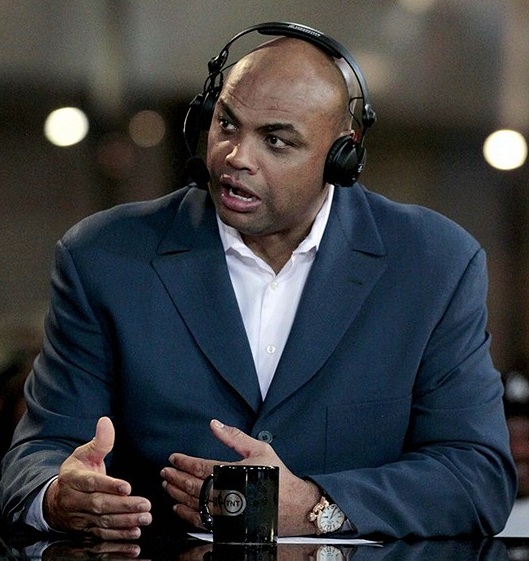 Charles Barkley is an awesome dude whose generosity knows no bounds.

The Hall of Famer and TNT basketball analyst has been supporting the Tampa Bay Lightning throughout the NHL playoffs and even picked up the dinner tab for about 20 of the team’s coaches and front office members the night before Game 3 of the Stanley Cup Finals.

According to The Chicago Tribune, Barkley recommended Lightning coach Jon Cooper dine at Chicago Cut Steakhouse when he and the team were in town to face the Blackhawks, so the coach took up the analyst on his advice. What was unexpected was that Barkley arranged the reservation for Cooper’s party of 20 and picked up their tab.

As if paying for Lightning personnel to dine on his dime weren’t enough, Barkley also treated a pair of ESPN analysts to dinner.

Upon being informed by the restaurant’s managing partner that Barry Melrose and Steve Levy were also having dinner there, Barkley asked to have their tabs put on his card too.

This is quite a change in allegiances for Barkley, who cheered on the Blackhawks last year in the playoffs and even bought shots for some fans to lift their spirits following a loss. But Chuck has been supporting Tampa Bay throughout the postseason. He shouted them out back in April when they were trailing the Red Wings, and he even attended their Game 7 win over the Rangers in the conference finals.

According to the Tampa Bay Times, Barkley met Cooper while the Lightning were in LA for a road trip last year. The two apparently spent some time together and developed a mutual respect, which is how he became a fan of the team.

We mock Barkley at times for good reason, but when it comes down to it, he really is a super guy. Between this and the incredible busboy story that is still one of my favorites, Chuck’s benevolence is impressive.