James Paxton expected to be ready to pitch in May 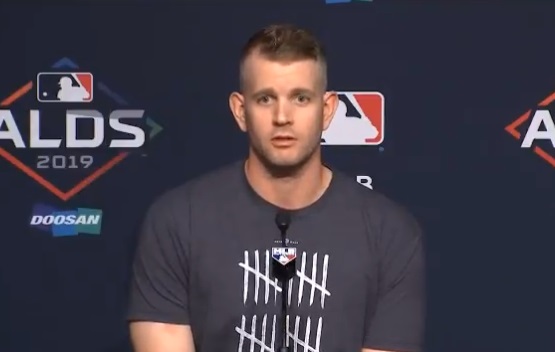 James Paxton may be slightly ahead of schedule in his recovery.

New York Yankees manager Aaron Boone said on Saturday that he thinks that the veteran lefty will be ready to pitch in May.

“[He] is on track to start throwing in the next 10 days or so,” said Boone, per Marly Rivera of ESPN. “I think there is a really good chance that he’ll be ready sometime in May. He’s doing well and we’re excited about where he’s at.”

The 31-year-old Paxton underwent surgery in February to have a peridiscal cyst removed, a rare and painful-sounding condition. He went 15-6 for the Yankees last season with a 3.82 ERA and 186 strikeouts in 29 starts.

The Yankees already have a three-headed monster in their rotation with Luis Severino, Masahiro Tanaka, and the newly-signed Gerrit Cole. But with their starting depth otherwise lacking, especially with Domingo German still suspended, they would benefit from having Paxton back as soon as possible.