Multiple bettors have wagered at least $1 million on Mayweather 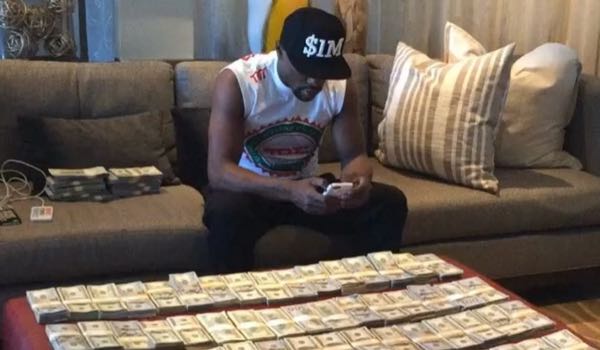 As the Mayweather-McGregor fight fast approaches, one of the more interesting narratives to follow is the betting trends. On Saturday the odds shifted — first Mayweather was a heavy favorite, then an influx of bets were placed on McGregor and the odds shrunk.

The odds have changed dramatically since news of the fight first surfaced.

This is the $1M in cash bet @southpoint sports book at -500 on #mayweather(Bettor not pictured) pic.twitter.com/xQEBEtDsvh

The bet was placed at -500, which would net him/her $200,000 if Mayweather were to win. This wasn’t the first wager of its kind. In fact, two other bettors are known to have wagered at least $1 million on Floyd.