Paul Finebaum critical of Taulia Tagovailoa for going to Alabama 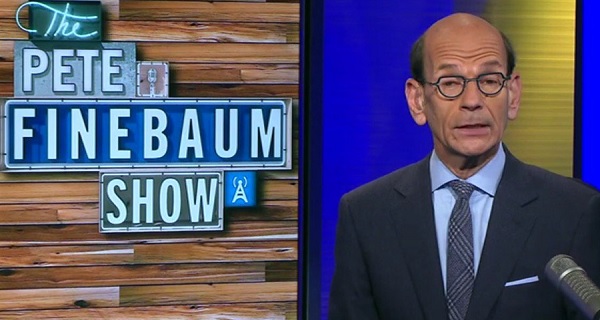 College football analyst Paul Finebaum seems unimpressed by Taulia Tagovailoa and the family as a whole in terms of their decision-making.

After it was reported that Taulia, the younger brother of Tua, would be transferring from Alabama, Finebaum said recently on Alabama’s WJOX 94.5 FM that he felt Taulia never should have gone to Alabama and listened too much to the rest of the family when making the decision.

“Well, there’s an old line in journalism that’s called follow the money, in this case, it’s follow the family,” Finebaum said, via Michael Wayne Bratton of Saturday Down South. “I don’t think it’s hard to figure out. I think it was doomed from the beginning. He should have never gone to Alabama, he did for reasons which I’ll let his parents explain – and it didn’t work out, and good for him. He’ll probably go to South Florida or somewhere down there and play football and I hope he does better than he did at Alabama.”

Finebaum thought Taulia should listen to himself over his family in deciding where to transfer.

“I don’t understand all the inner workings of that family,” Finebaum said. “I’ve read enough articles, as you guys have, and I don’t know them, I know Tua. I don’t know Taulia, I hope he goes wherever he wants. I mean, I think he had to have learned that following the family didn’t work at Alabama.”

Taulia Tagovailoa has entered the transfer portal. He looks destined to leave Alabama due to having little path to playing quarterback there, and ultimately won’t have made much of an impact there — certainly nowhere close to his older brother.