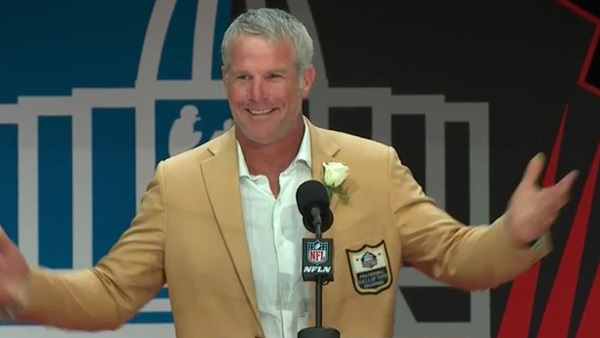 ESPN is still searching for someone to replace Jon Gruden as the analyst for “Monday Night Football,” and Brett Favre was one of the names that had been mentioned as a possibility. Apparently that is not going to happen.

Andrew Marchand of the New York Post reports that Favre auditioned for the job and was not impressive.

Favre recently came in for one of the auditions, according to sources. Though it was unclear if Favre would even want the job, sources said he was not great during the tryout and has been told he is no longer under consideration. Favre’s agent, Bus Cook, did not return a call. ESPN declined comment.

Favre likely would have been able to demand the same type of salary as Jon Gruden. ESPN was prepared to offer (Peyton) Manning the same $6.5 million salary as Gruden with possibly even a little room for negotiation, according to sources.

Marchand adds that the job remains open, with ESPN expected to host Booger McFarland and Rex Ryan for auditions in the near future. Kurt Warner, Matt Hasselbeck and Louis Riddick are some other possibilities.

ESPN has already chosen its new play-by-play man for MNF, but the search for Gruden’s replacement has been a lot more deliberate than Sean McDonough’s. Peyton Manning could have had his pick of jobs in broadcasting, but he is not interested in exploring a career in that field at this time.