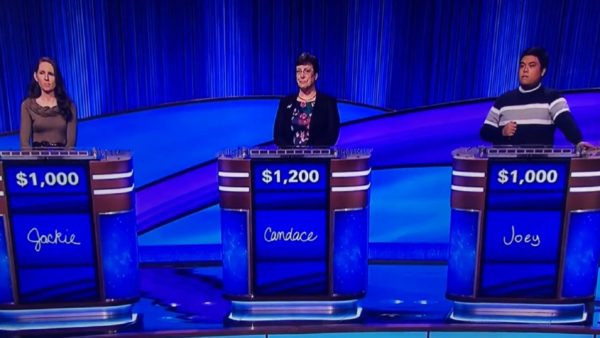 Contestants on an episode of “Jeopardy!” that aired on Wednesday absolutely embarrassed themselves on a very easy sports question.

The clue in question came in the “multi-sport athletes” category. The $800 clue mentioned that the athlete won the Heisman Trophy at Auburn, ran for 221 yards in a game for the Raiders, and was an AL All-Star in baseball. The question, obviously, is “Who is Bo Jackson?”

The answer wasn’t so obvious though for the contestants, who drew total blanks.

Bo knows everything, but they don’t know Bo.

Host Mayam Bialik really let them get off easy for not knowing that one. That’s not the first time we’ve seen some contestants blow out it on sports questions, but this one just seemed so easy.