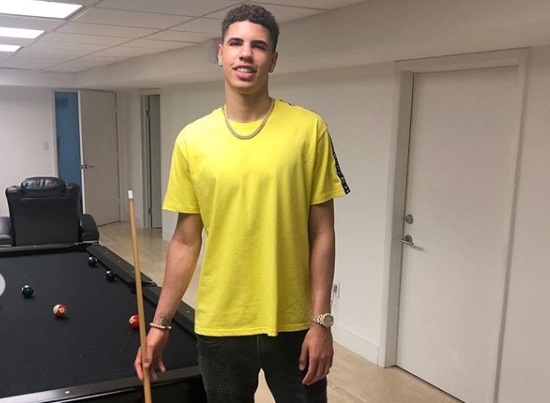 The New Orleans Pelicans already have one Ball brother, and now they may have a second one on their radar as well.

Adam Zagoria of Forbes reported on Friday that the Pelicans are among the teams that have reached out to executives at Ohio’s Spire Academy, where top prospect LaMelo Ball played last season. Zagoria adds that the Portland Trail Blazers, the Brooklyn Nets, and the Toronto Raptors are on that list too, while the Cleveland Cavaliers have also evaluated the 18-year-old.

New Orleans’ interest is particularly intriguing because they just traded for Ball’s eldest brother Lonzo this summer. Granted, LaMelo is starting to generate buzz as a potential No. 1 overall pick in the 2020 draft, so the Pelicans may not be nearly bad enough this season to be able to draft him.

We know that Ball family patriarch LaVar wants to get all three of his sons (including middle child LiAngelo) on the same team, so the Pelicans just might giving some hope to that pipe dream.