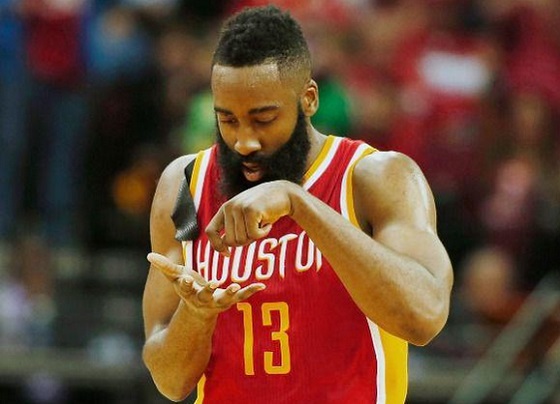 Adidas has fallen behind both Nike and Under Armour in sports apparel sales in the U.S. over the past year. Its NBA division has taken a huge hit with Derrick Rose’s inability to stay healthy, so the company is making a major play for one of the biggest names in basketball.

Darren Rovell of ESPN reports that James Harden has been offered $200 million over 13 years to sign with Adidas. Nike, whose deal with Harden recently expired, has been given a deadline of the end of the week to match the offer.

As Rovell notes, $200 million is half of the $400 million Adidas paid 11 seasons ago to become the NBA’s official uniform supplier. The brand recently bowed down to Nike with that contract.

Adidas may be overpaying for Harden, but he may be the most talented and well-known veteran in the NBA who has not been locked down long-term. Kevin Durant chose to remain with Nike last season and Under Armour reeled in a massive fish when it signed Stephen Curry.

It’s not out of the question that Nike would match the offer, if only to keep Harden away from the competition. You have to wonder if reports about who Harden is dating had any affect on the offer Adidas extended.