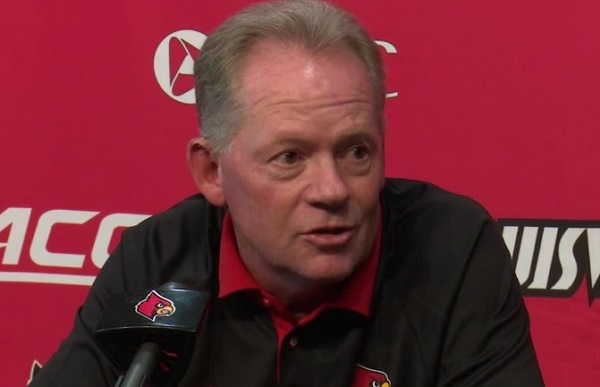 The University of Louisville has decided to fire head football coach Bobby Petrino, which is not that big of a surprise considering how disastrous the 2018 season has been for the Cardinals. The move will, however, cost the school quite a bit of money.

ESPN’s Mark Schlabach reports that Louisville will have to pay Petrino $14.1 million over the next several years as part of his buyout agreement. With the Cardinals now 2-8 and having lost seven games in a row, university officials obviously felt they had no choice but to make a change.

Petrino was in his second stint with Louisville, and he was an offensive assistant for several teams at the collegiate and pro level prior to first landing the head coaching job in 2003. Despite his offensive background, Louisville’s 21.7 points per game this season rank last in the ACC. The team led the conference in scoring each of the last two seasons, but things have changed without Lamar Jackson.

Petrino was 41-9 in his first stint with Louisville and 36-26 in his latest. Former Louisville quarterback Jeff Brohm, who is in his second season as the head coach at Purdue, is already being mentioned as a possible replacement for Petrino.