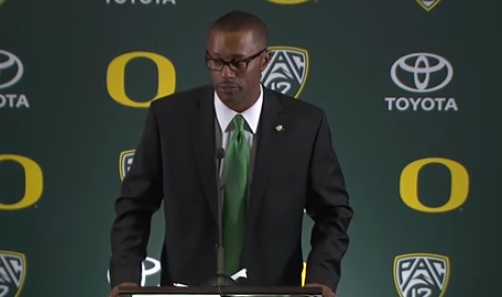 Oregon coach Willie Taggart may be the leading candidate for the Florida State job, but for now, he’s trying to avoid all that speculation.

Taggart said Friday that the Seminoles had not contacted him about their vacant coaching position, offering something of a flippant denial when talk of the position came up.

Understandably, Taggart would rather duck these questions for now. He may be the reported top candidate, but the Seminoles are still getting their list of priorities together after Jimbo Fisher’s departure. He doesn’t have a lot to say right now — though there is definitely some reason to ask where his future lies.