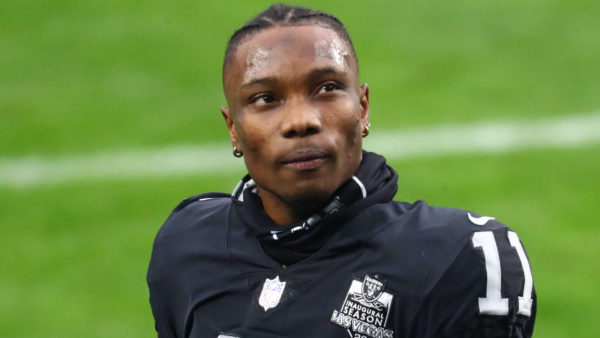 Henry Ruggs appeared in court on Tuesday for a hearing related to the fatal crash he was allegedly responsible for last year, and a judge made a key ruling that did not go in his favor.

Las Vegas judge Ann Zimmerman ruled that blood-alcohol tests will be permitted as evidence in Ruggs’ case. The former Las Vegas Raiders star’s legal team had argued that there was no probable cause for the search warrant that required Ruggs to submit to having his blood drawn after the car accident that killed 23-year-old Tina Tintor last November.

Zimmerman disagreed. The judge said there was “more than sufficient evidence” for the search warrant.

“Nobody has mentioned so far that Mr. Ruggs was seriously injured in this accident and transported to the hospital, so he would have been unable to submit to field sobriety tests,” Zimmerman said in court, according to ESPN.com. “Coupled with his refusal to answer questions, this does not result in a reward. … Motion to suppress is denied.”

Ruggs’ blood was drawn roughly two hours after the fatal crash near the Las Vegas Strip. His blood-alcohol content was 0.16, which is twice the legal limit in the state of Nevada.

Police say Ruggs was driving 156 mph and intoxicated when he lost control of his Corvette and slammed into a Toyota RAV4. The Toyota caught fire, killing Tintor and her dog.

Ruggs has been charged with multiple felonies, including driving under the influence resulting in death and reckless driving.

A chilling video that was released after the accident helped show just how fast Ruggs was traveling in his Corvette.

Ruggs’ attorneys have argued that local firefighters are responsible for the death of Tintor.