The New York Jets do not want to implement Sam Darnold as their starting quarterback before the rookie is ready, but they apparently believe he will do enough between now and Week 1 to earn the job.

Manish Mehta of the New York Daily News reports that the Jets have been blown away by how quickly Darnold is learning, and they expect him to perform well enough in preseason games to prove he is ready to start at the NFL level. The team’s brass understands that the only way for Darnold to get better is to apply what he is learning in meetings and film sessions on the field. More from Mehta:

The notion that the Jets should sit Darnold to start the regular season because of their two veteran alternatives is rooted in faulty logic unless the rookie looks overwhelmed in the preseason that begins against the Falcons on Friday night.

Spoiler: There isn’t a soul in the organization that I’ve touched base with who believes that Darnold will look lost in the preseason.

As Mehta notes, no one expects Darnold to have a better grasp of playing quarterback at the NFL level than a 17-year veteran like Josh McCown. That would still be true five years from now if Darnold had another 39-year-old quarterback as a teammate, so the former USC star will be judged on more than just how much he knows compared to McCown and Teddy Bridgewater. The Jets clearly want him to seize the starting job, so part of the onus is on the team’s coaching staff to structure the playbook accordingly.

A report we heard earlier in the week seemed to indicate that Darnold is likely to be on the bench in Week 1, but the preseason is obviously going to dictate that. Darnold can’t lose the job in practice alone. The Jets have to see what he does in an actual game situation before making any decisions. Jarvis Landry gave a speech for the ages to his new Cleveland Browns teammates, and we were lucky enough to see it thanks to “Hard Knocks.”

The first episode of this year’s edition of the HBO training camp program aired on Tuesday, and nothing stood out quite like Landry’s speech.

The wide receiver, who came over to the Browns in an offseason trade from the Miami Dolphins, spoke up at a receivers meeting to address players not practicing. He used a ton of profanity in demanding his teammate practice more. Here’s the speech, just beware of the foul language:

Jarvis Landry going off on the Recievers group #HardKnocks pic.twitter.com/bn65kRzOrW

The Browns have brought in some quality veterans, including Landry and Tyrod Taylor among others. Those additions will go a long way towards turning around the culture in Cleveland. How could you not be fired up after hearing that? The USC football team announced on Tuesday the addition of a junior college player who has a checkered past.

Trojans head coach Clay Helton told the media that the program added offensive lineman Bernard Schirmer as a transfer. In 2016, Schirmer was playing for Mt. SAC junior college in Southern California when he punched a referee during a game, leading to his arrest.

Charges against Schirmer was dropped, but the lineman was suspended five years by the Southern California Football Association for his actions.

Helton on vetting Schirmer: "What we learned from the administrators, counselors and coaches that we were dealing with a tremendous young man, a man that is a great student and a great person and a guy that we had no question would be a great member of our Trojan family."

Schirmer will be on scholarship this fall as a redshirt sophomore. 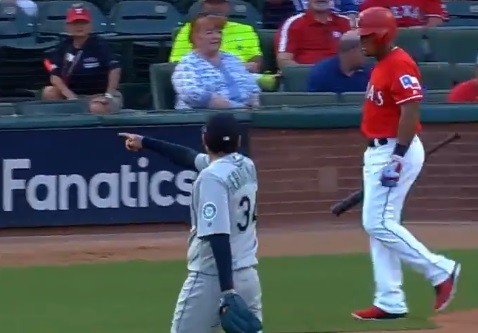 Jayson Werth expressed his disappointment with his former agent Scott Boras during a recent podcast appearance.

Werth, who announced his retirement from baseball in June, conducted an interview with WIP’s Howard Eskin on “The Howard Eskin Podcast.” In the interview, Werth shared how Boras let him down over the offseason, both with poor advice and a failure to adequately shop him to teams.

“I had offers in November and I was advised by my former agent to wait — ill-advised I guess — and spring training came and went,” Werth told Eskin. “Halfway through spring training I felt like I was ready to play, so I took matters into my own hands. I called every time but one and tried to get a job. The only team I didn’t call … the Mets.”

Boras’ advice to Werth to wait obviously proved to be wrong as he went unsigned as spring training began. Werth says that when he called teams, he learned that Boras did not shop him.

Boras knocked it out of the park when he got Werth a $126 million contract from the Nationals in 2010. Many did not feel Werth was worth that kind of money at the time, but Boras secured him major bucks. Perhaps Boras let Werth (and many other clients) down over the offseason by telling them to wait out the market. But overall, you have to say that Boras did well by Werth during his career.

Here is the podcast: Greg Hardy improved his professional mixed martial arts record to 2-0 thanks to a victory that took less than a minute.

Hardy competed in Dana White’s Contender Series 16 on Tuesday in Las Vegas. For his second pro MMA bout, the former NFL defensive end faced off against Tebaris Gordon. Hardy needed just 17 seconds to overpower Gordon and have the fight stopped.

Hardy is now up to 5-0 in his MMA career (his first three fights were as an amateur). In his pro MMA debut, Hardy defeated his opponent in 32 seconds. This time he around Hardy was even faster. He has won all five of his fights in the first round, none taking longer than 1:36.

The former NFL player is signed to a developmental contract with the UFC. If he keeps mowing through opponents like this, the organization may bring him to the big leagues for his UFC debut.

A former Pro Bowler, Hardy transitioned to MMA after NFL teams stopped showing interest in him following the 2015 season. The awful allegations he faced from his ex-girlfriend were a big reason for his NFL career ending.

Shohei Ohtani is making progress in his rehab and will take the mound for a bullpen session this weekend.

Ohtani has been sidelined as a pitcher since early June due to a sprained ulnar collateral ligament in his right elbow. Last month, the Los Angeles Angels’ two-way player was cleared to begin a throwing program. On Saturday, Angels manager Mike Scioscia said Ohtani will throw a bullpen session.

Shohei Ohtani is slated to throw a bullpen on Saturday, per Mike Scioscia.

Ohtani’s progress gives reason for optimism. However, with the Angles currently two games under .500 and 11.5 games back of the second wild card spot, it would not be a surprise if Los Angeles was patient rather than aggressive in getting Ohtani back into games. Injured Boston Celtics stars Kyrie Irving and Gordon Hayward still have another two-and-a-half months to recover before the start of the new NBA season, but it sounds like both will be ready well before then.

Appearing this week on the “Yahoo! Sports NBA” podcast with host Chris Mannix, Celtics head coach Brad Stevens said that he expects the two players to be fully cleared by the start of training camp and likely long before.

Brad Stevens told @ChrisMannixYS that Hayward and Kyrie are both on schedule: "I think [Hayward] and Kyrie will be fully cleared by the time training camp starts and probably well before."

Hayward is roughly ten months removed from a catastrophic leg injury he suffered in Boston’s 2017-18 season opener, while Irving is just over four months removed from surgery to address a bacterial infection in his knee. Despite the absences of the two All-Stars, the Celtics won 55 games in the regular season and came within a single victory of an NBA Finals berth.

The team opens up training camp in late September, and this news adds to what has already been a summer of significant optimism for them.

Some sort of unrelenting hex appears to be stalking rookies of the Philadelphia 76ers, and Joel Embiid may be starting to believe.

On Tuesday, the Sixers star tweeted an apparent reaction to the rough news that rookie teammate Zhaire Smith had fractured his foot and needed surgery.

Curse or not, the pattern is getting pretty eerie for Philly. Smith now looks poised to join the list of Sixers’ first-round picks who had to redshirt most, if not all, of their rookie seasons due to injury. That list includes Markelle Fultz, Ben Simmons, Nerlens Noel (who is no longer on the team), and Embiid himself (who missed his first two NBA seasons with injury).

Embiid has joked about his own health before, but it’s decidedly less funny when your teammates seem to go down like clockwork every single summer.